Welcome to the Cortez

Holy guacamole. What. Did. I. Just. Watch.

Well, let me tell you – if you haven’t watched the latest season of American Horror Story, go away for now. I also wrote about the other seasons here. Meanwhile, I’ll be here jotting down my thoughts and musings on this last season.

Now, I find hotels as eerie as the next occasional traveler, so I thought the concept of AHS: Hotel was interesting on a very base level. Add some real-world creepy inspirations? Great! Old Hollywood? Even better! Vampires? Well…they hadn’t really tackled them yet, so okay…

I’ll be frank. This season’s a hot mess. It’s a Jackson Pollock of concepts and casting, marred with copious amounts of sex and bloodshed. Not all of it was terrible – for instance, we were given a new hero, Liz Taylor (Dennis O’Hare). 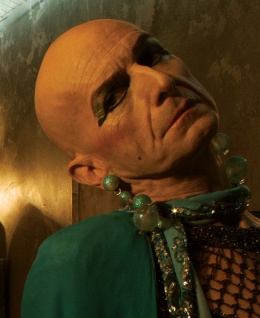 In Liz we trust.

Pros
Liz is awesome. She’s an ideal role model for the modern audience – confident, intelligent, and fierce as hell. However, everything was fine until for some reason, they decided to throw in a completely asinine romance angle with the Countess’ (Gaga) flame, Tristan (Finn Wittrock).

Now, I’m not man-hating for the fun of it, but what I’m upset about is that this angle came from absolutely NOWHERE. The only time we get any idea that there was any sort of chemistry is after we see Liz and Tristan in bed together – no buildup, no conversation, not even any eye-contact, for all I know. I suppose the heart wants what the heart wants, I guess. I’m just glad she got the happy(ish) ending she deserved. 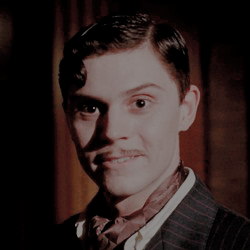 Honestly I never gave Evan Peters a second glance until Hotel. Finally, after four seasons of moping, we get someone charismatic, cartoony, and impossible to ignore. Think of James P. March as Gomez Addams and H.H. Holmes on coke.

Hotel was an incredibly divisive season, an odd combination of cartoony and violent – in some cases cartoonishly violent. It seemed as if the creators didn’t know where to draw the line in terms of disturbing content – or which direction this show was going, for that matter. I think the idea was to bridge the gap with the “Ten Commandments” story…or maybe the vampires? Jeezus.

The Ten Commandments
Admittedly, this was a very cool, bold way to start the season. Granted, it is a total Se7en ripoff – that, and hearing the phrase “Ten Commandments” over and over again is clunky and exhausting. 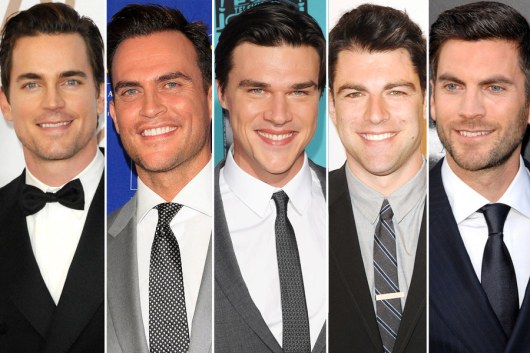 Almost as exhausting as trying to tell this cast apart.

And when we learn the truth about our protagonist, John (Wes Bentley), I’m not sure if it was more unexpected or annoying. Much like Liz/Tristan, we had no leads of any sort – it just seemed so poorly thrown together. On the other hand, when John accepted his identity, that was a nice change of pace.

There seems to be a string of shrugging off events when things get too weird – for instance, when we are introduced to Countess’ erm, child, it goes on a wacky’s “Baby’s Day Out”-style adventure. As if that wasn’t stupid/annoying enough, there is literally a scene where John’s daughter, Scarlett, is very upset and crying, and then less than a minute later we see her chilling on the couch with some popcorn. What kind of poorly written bullshit is going on here?

The Addiction Demon and Hypodermic Sally 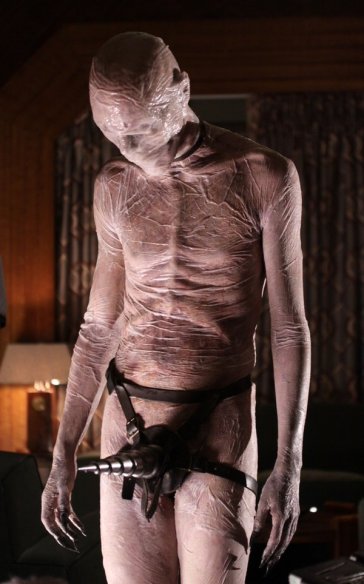 Speaking of which, it was never really explained why Sally (Sarah Paulson) was sewing folks into mattresses. It made a nice eyecatch I suppose, but again, ultimately pointless. Like that Human Centipede-esque nonsense later.

On the topic of nonsense, last but not least –

The Vampires
To be fair, they never really call these creatures “vampires” – but for the sake of simplicity, that’s what I’m going with. I honestly enjoyed how this season played with this vampirism disease, especially when combined with other diseases. Though they did hit us over the head with the-ever-so-topical vaccination “debate.”

Upon the announcement that Lady Gaga was to be involved with this season of AHS, I honestly didn’t really care – I guess I was more looking forward to the sheer spectacle she would surely provide – and thusly delivered. I was more annoyed by the irrelevance of her vampire clan and their terrible hair-dos. 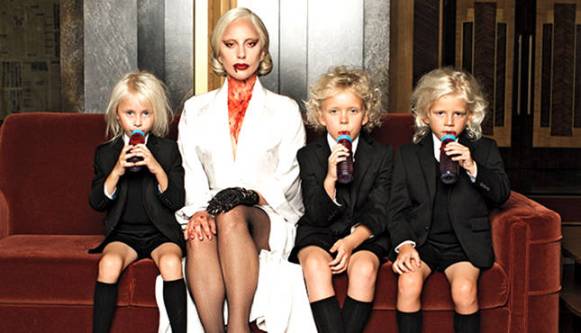 I’m talking about you, Holden.

The Countess represented the glamour as well as the menace that LA has to offer (throughout time, so it seems) – an ideal seductress. Apart from that, we have a concept that’s terribly drawn out and ultimately uninteresting.

In A Nutshell
I’m sorry, I took some time writing this because I often found myself getting ranty and all over the place. Kind of like this season. Simply put, there were way too many ideas going on here at once; near the end, it was painfully obvious that they needed to tie these stories up. Yet, despite my complaints, I still enjoyed this season. It doesn’t hold a candle to Murder House, but at least it’s better than Coven. 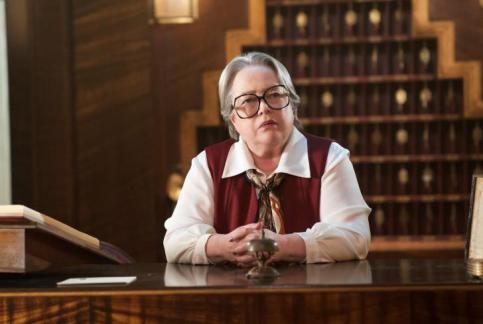 “I couldn’t pick my butthole out of a lineup.” – Academy Award-winner, Kathy Bates

Well, the Oscar noms are out (well, have been for a bit – sorry I haven’t been around), and The Revenant has swept the charts. Admittedly, I’m not one to rush out and try to see all the nominated films before the big event, but regardless of the buzz, this was definitely on my list.

So, does DiCaprio scream, cry and drool enough for that Oscar? 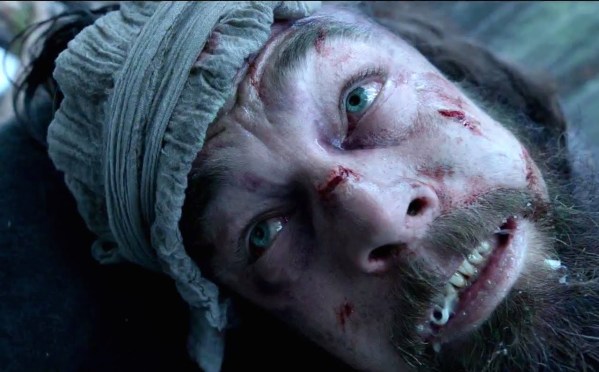 A few things to get out of the way: yes, this is inspired by a book by the same title – I have not read this book, so I will pretend it does not exist. Likewise with the Richard Harris film also inspired by said book. No comparisons will be made, and there are no previous biases – even though I am a sucker for Iñárritu’s style. And Tom Hardy – but that’s besides the point.

The Revenant is a story of trapper Hugh Glass (DiCaprio), and an expedition that goes terribly, terribly wrong; after a brutal grizzly attack, Glass is left for dead after witnessing fellow trapper, John Fitzgerald (Hardy), murdering his son. Struck with grief and rage, Glass finds the will to survive the wilderness and seek his revengeance.

Survivalist stories are often meant to display the determination of man against the elements, often while displaying the internal journey of said man finding meaning and purpose set against the wild.

What makes The Revenant stand out is not only is one of the most ferociously realistic portrayals of wilderness, but thanks to the haunting use of sound and space, as a viewer you feel completely vulnerable. The Revenant is two-and-a-half hours of sheer brutality, as we witness a man struggle against every kind of conflict.

It’s not all gore and manly men. Well, okay, most of it is. However, betwixt the utter savagery, Iñárritu captures Glass’ internal journey beautifully. 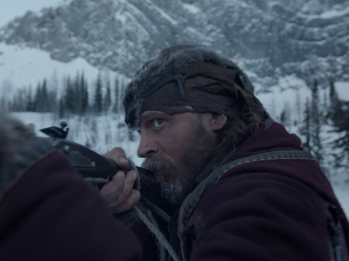 What is also worth mentioning is despite Fitzgerald’s seemingly villainous actions, he’s not exactly a villain. In fact, there is really no black and white in terms of morality in this film (except for those Frenchmen), it’s just 1800s dog-eat-dog survivalism – constantly reminding you that nature is scary and does not care about your feelings.

In all, The Revenant is not an easy watch, but it is certainly unforgettable.